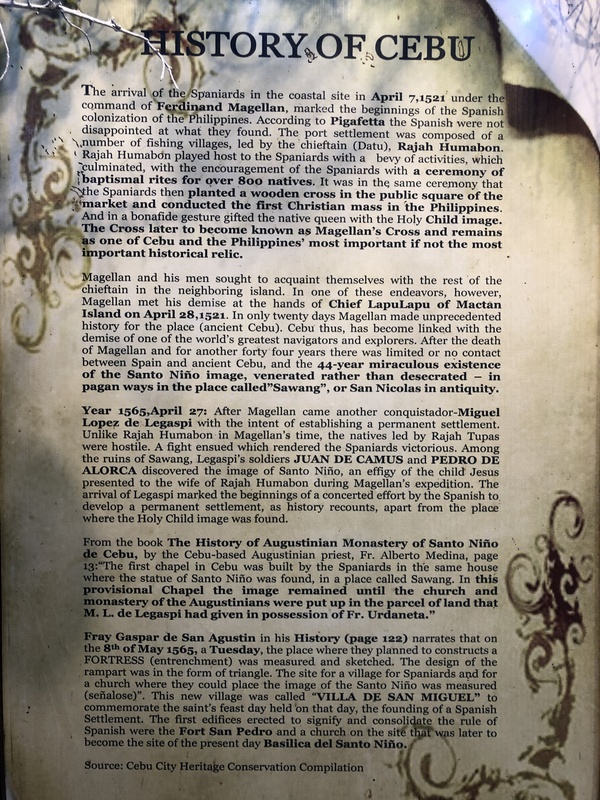 ocr-generated HISTORY OF CEBU
The arrival of the Spaniards in the coastal site in April 7,1521 under the
command of Ferdinand Magellan, marked the beginnings of the Spanish
colonization of the Philippines. According to Pigafetta the Spanish were not
disappointed at what they found. The port settlement was composed of a
number of fishing villages, led by the chieftain (Datu), Rajah Humabon.
Rajah Humabốn played host to the Spaniards with a bevy of activities, which
culminated, with the encouragement of the Spaniards with a ceremony of
baptismal rites for over 800 natives. It was in the same ceremony that
Ythe Spaniards then planted a wooden cross in the public square of the
* market and conducted the first Christian mass in the Philippines.
And in a bonafide gesture gifted the native queen with the Holy Child image.
The Cross later to become known as Magellan's Cross and remains
as one of Cebu and the Philippines' most important if not the most
important historical relic.
Anarket and then planted 800 native the Spaniard bevy of acti
INTEGRATIO
MIRROR
Magellan and his men sought to acquaint themselves with the rest of the
chieftain in the neighboring island. In one of these endeavors, however,
Magellan met his demise at the hands of Chief Lapu Lapu of Mactan
Island on April 28,1521. In only twenty days Magellan made unprecedented
history for the place (ancient Cebu). Cebu thus, has become linked with the
demise of one of the world's greatest navigators and explorers. After the death
of Magellan and for another forty four years there was limited or no contact
between Spain and ancient Cebu, and the 44-year miraculous existence
of the Santo Niño image, venerated rather than desecrated – in
pagan ways in the place called”Sawang”, or San Nicolas in antiquity.
N S
Year 1565,April 27: After Magellan came another conquistador-Miguel
Lopez de Legaspi with the intent of establishing a permanent settlement.
Unlike Rajah Humabon in Magellan's time, the natives led by Rajah Tupas
were hostile. A fight ensued which rendered the Spaniards victorious. Among
the ruins of Sawang, Legaspi's soldiers JUAN DE CAMUS and PEDRO DE
ALORCA discovered the image of Santo Niño, an effigy of the child Jesus
presented to the wife of Rajah Humabon during Magellan's expedition. The
arrival of Legaspi marked the beginnings of a concerted effort by the Spanish to
develop a permanent settlement, as history recounts, apart from the place
where the Holy Child image was found.
egaspi måte of Rapaage of SAJUAND
how, by hapel santo Ninimas
From the book The History of Augustinian Monastery of Santo Niño
de Cebu, by the Cebu-based Augustinian priest, Fr. Alberto Medina, page
13:"The first chapel in Cebu was built by the Spaniards in the same house
where the statue of Santo Niño was found, in a place called Sawang. In this
provisional Chapel the image remained until the church and
monastery of the Augustinians were put up in the parcel of land that
M. L. de Legaspi had given in possession of Fr. Urdaneta."
Fray Gaspar de San Agustin in his History (page 122) narrates that on
the 8th of May 1565, a Tuesday, the place where they planned to constructs a
FORTRESS (entrenchment) was measured and sketched. The design of the
rampart was in the form of triangle. The site for a village for Spaniards and for
a church where they could place the image of the Santo Niño was measured
(señalose)". This new village was called "VILLA DE SAN MIGUEL" to
commemorate the saint's feast day held on that day, the founding of a Spanish
Settlement. The first edifices erected to signify and consolidate the rule of
Spanish were the Fort San Pedro and a church on the site that was later to
become the site of the present day Basilica del Santo Niño.
Source: Cebu City Heritage Conservation Compilation 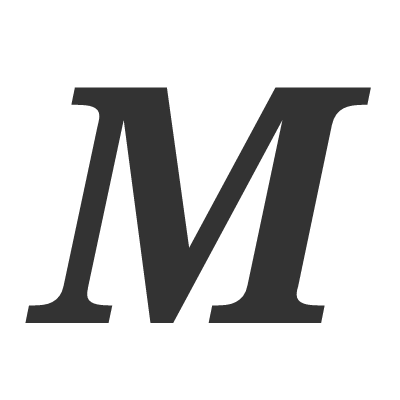 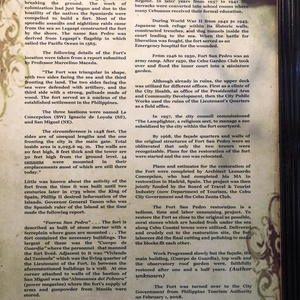 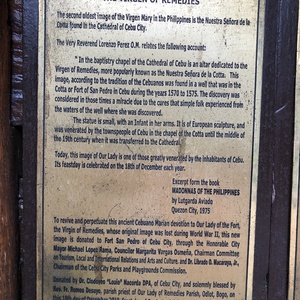 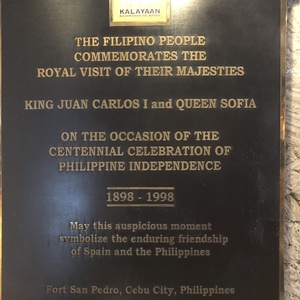 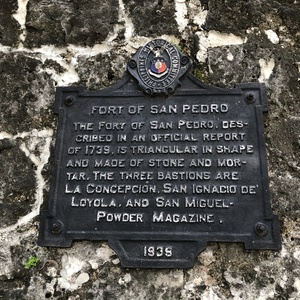